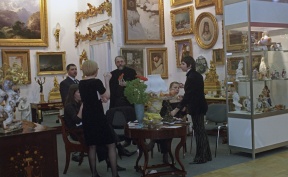 While Many Russian Antiques Were Moved Abroad 15 Years Ago, They Are Now Being Brought Back Due to Growth on the Domestic Collectibles Market.